skip to main | skip to sidebar

Well, our 3rd day working the pointers I have in for summer camp - the next 6 wks we will work them off an on until we get up to Timber Lake. 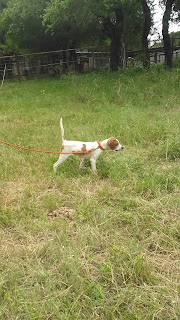 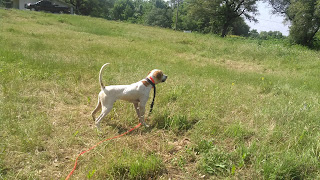 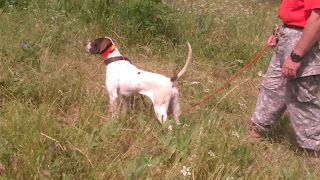 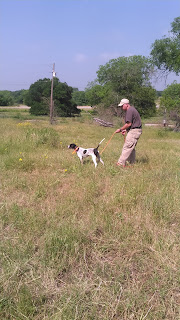 Keith - Posting from Under the Live Oaks
Posted by Unknown at 10:58 AM 2 comments:

Well, we will be returning to Timber Lake area this will be our 10th summer after a two summer absence.  We are so looking forward to more adventures on the Buffalo Prairies of Sitting Bull and the trapping grounds of Henry, Glass and Smith.
Posted by Unknown at 3:26 PM No comments:

Well, trying to catch up on what is happening.  All the older dogs are doing awesome as well as the puppies.  The derbies - first year dogs are not having the contacts we had hoped.  We still have a month to figure out ways to get them into birds.

Well, the wheat is out now and the birds are more available - just about every dog in every brace is getting at least one bird contact each - still need to work on getting the really young dogs into birds more.

All the puppies are getting more bird work

All in All a great week so far

Keith - Posting from Under the Rusty Windmill
Posted by Unknown at 5:21 AM No comments:

Well, we are doing good - working hard on dogs.  We are getting bird work on dogs but mostly pairs and small groups - we had dog work on all braces yesterday

Boss - Beautiful broke find, handling to the front and staying in close and coming with me

Bo - Big running puppy - he had a find on sharp tail

Phoenix - Nice find and back - working on pattern 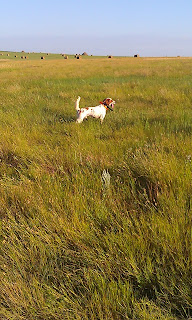 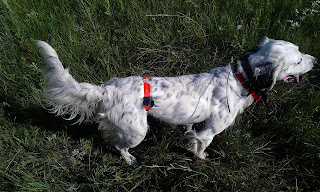 Wheat coming out now and I expect lots more finds in the next week or two. 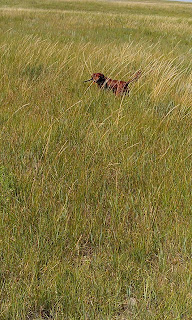 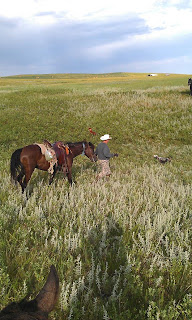 Well, our first week of horseback work is going well.  We have had lots of bird contacts considering the moisture and stuff - cool temps make running very pleasant.

Otis and Beau - Are doing nice marks in water and land, delivery to hand is not the best at times - no gunfire issues and obedience is coming along really well

Annie, Kate and Patch - Doing awesome - Annie continues to run well having multiple finds or bird contacts - Kate is doing well but not much in the way of bird contact - Patch is in season so not running her

Jessie - Made some huge moves and pointed and knocked some birds

Liz - Having a good time worked some nice points this week

Posted by Unknown at 4:55 PM No comments:

Well waiting for the fog to lift

We have been very busy - still working yard work with Daniel and I putting the young dogs through their paces.

Otis - Nice young chesapeake - obedience, heeling, sitting and turns coming along nicely - land marks are good with nice delivery - water work is ok - depends on his mood working on it

Jessie - Pretty much one of the top puppies at camp - doing everything right.

Chance - Doing awesome has not forgotten anything - roading hard 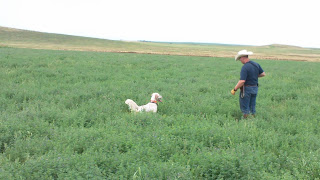 Posted by Unknown at 4:53 AM No comments: